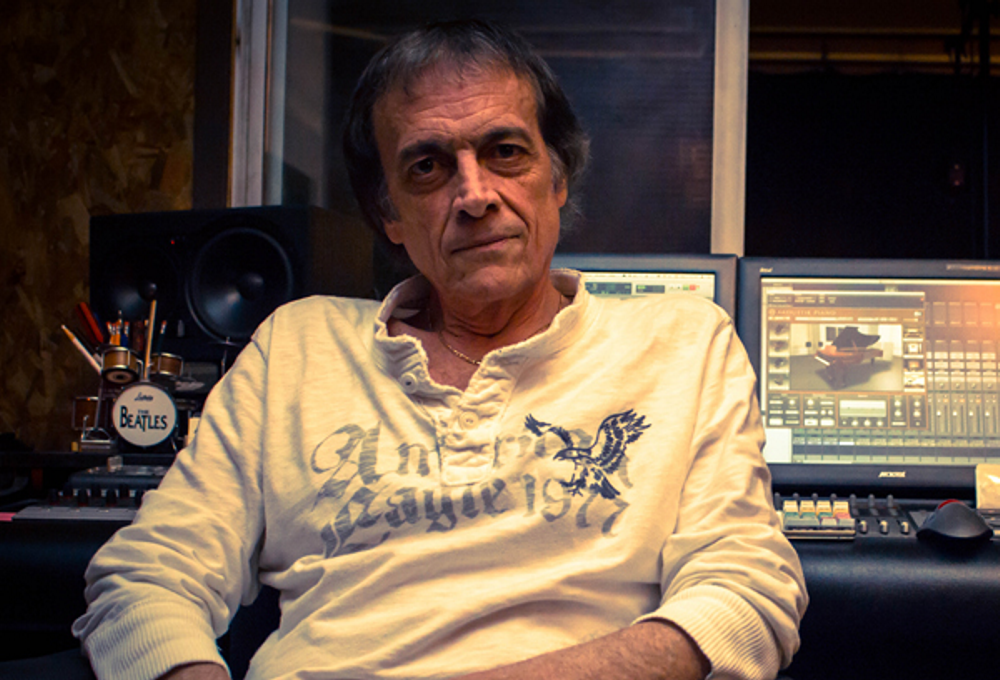 Joe is known as the bassist for the progressive rock band “Crack The Sky” best known for achieving debut album of the year and top 50 Albums of all time by Rolling Stone Magazine. Joe was a member of Crack The Sky from 1975–1980 and 2004 -2009. He produced The Sale, Machine, Alive and Kickin and the 5.1 DVD All Access. Joe also worked with The B. E. Taylor Group, Wild Cherry (live), King Friday, and the KINGS’s. Joe is not just a world-class bassist, producer, engineer, and founder of Cuppa Joe Music, which produces various artists, and compose’s custom scores and sound design for film and TV.

Joe has served as an Instructor of Post Production Audio and Music Producing/Composing at Mediatech Institute in Dallas Texas. He also served in the capacity of Director of Career Services, placing students in full-time audio positions. He exceeded government and state placement quotas of 70% in each graduating class. He was recently into the board of directors for SPARS (Society of Professional Audio Recording Services) with Leslie Ann Jones, Audio Director at Skywalker Sound, Kevin Mills at Larrabee West Studios, Tim Butler at Chicago Recording (CRC), Jeff Greenberg at The Village Recorder and Steve Davis at Crawford Communications Atlanta. Joe is an active member of AES and the American Federation of Musicians.

According to Joe. American Garage represents the ideology that bands and music are born in a garage. You never know who will show up in the garage but you can bet it will be a wild ride!