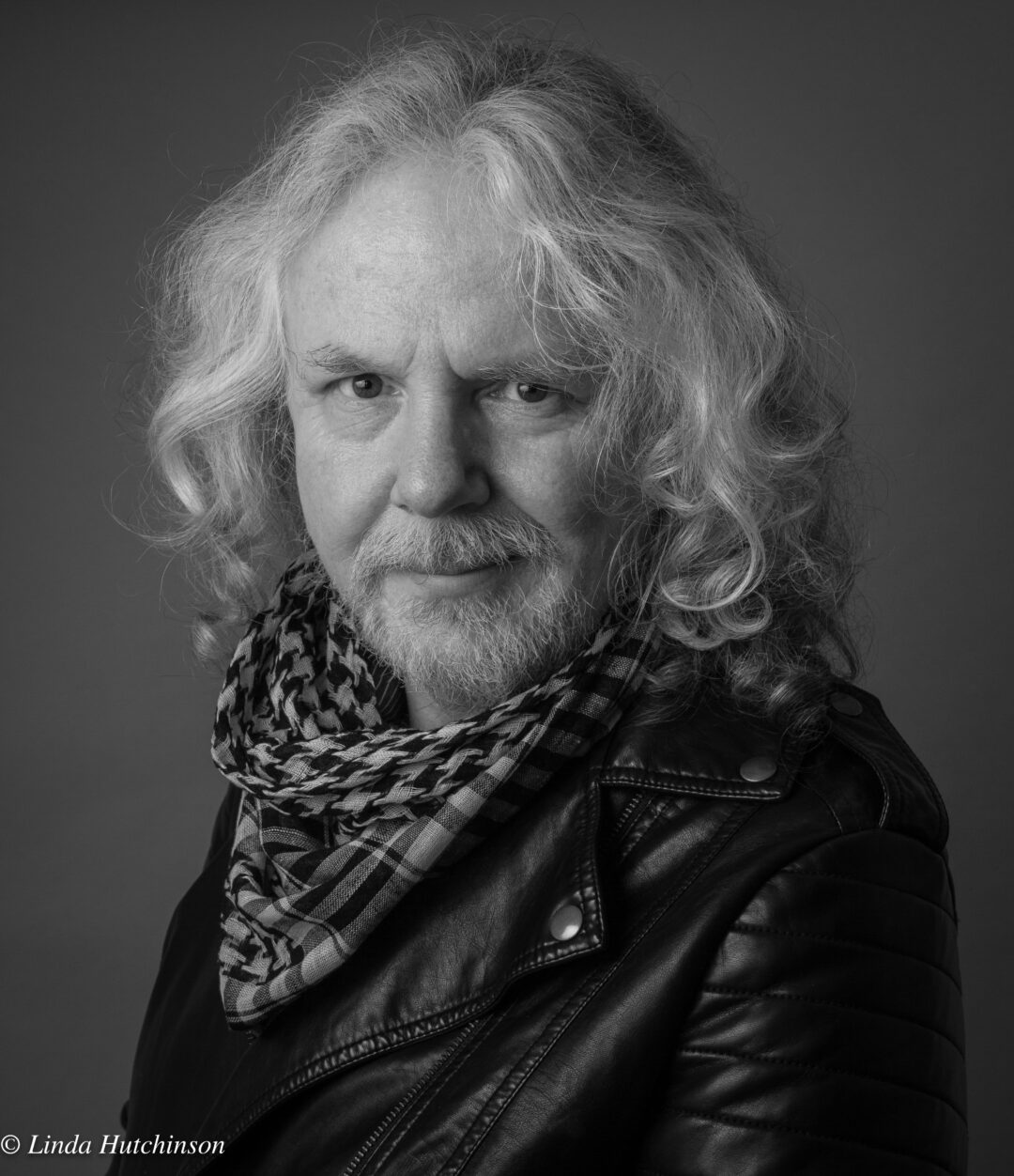 Andy John Bradford is an award-winning singer/songwriter and an actor from the North East in England. Born in 1964 in Middlesbrough, as it turns out on the very same street as the legendary Chris Rea his family moved around a lot around the country as his father was a captain in the Church Army.  His father left the Church Army and they moved to Nottingham when his dad trained to become a teacher whilst at the same time working as a milkman in order to keep a roof over his families head.  After qualifying as a teacher the family once again moved, this time to the West Yorkshire town of Bradford.  At this point, it was 1972 and was to be the home where the family finally settled and Andy grew up.  It was Bradford where his appreciation for music came about also.  His father was a big music fan, though more on the classical side and jazz it was the start of the 70s and a new style of music was about to fill Andy’s ears.  Glam Rock was born and he found Rock music.

In 1974 Andy started at Daisy Hill Middle School and it was here where he found an interest in Guitar, thanks to his main mentor at this point Mr. Mac.  A teacher at the school and a folk singer when he wasn’t at school.  He taught Andy and his best friend who funny enough was also called Andy how to play the guitar.  Andy took to this instrument quite well, enough for his mum to take the plunge and buy a more expensive guitar.  The year was 1976 and the guitar was a Jumbo EKO Ranger steel-string folk guitar.  It had a beautiful tone and Andy started to experiment with it and come up with his own tunes with it.  It was here where he started to write his own music and his first song which turned out to be terrible was born.  Called “Where is she”, it soon made the order of the scrap heap.  However that same year after a boatload of dross, a real song came out of it named “Sitting Ducks” This was actually quite good and was put forward to the Schools songwriting competition where it won Andy a Songwriting merit award.  Andy continued to write right through school and after leaving school sadly put the guitar down for a while as real life stepped in. However, the writing bug remained but it wasn’t until the late 80s that it started to take over again.  By 1996, Andy had written quite a few and with help from his new songwriting partner Martin Dawson, they managed to record an album.  The Album named “The Sentinel” was a take on the ever-changing landscape of the Yorkshire they had both grown up in and managed to get them a Folk Award for Best Local Album.  That same year they appeared at the Whitby Folk Festival and the song Hero, which was written a year before won Andy Best Folk Song.  As a duo, the pair also got the award for the best liver-stage act under the name of “Highway”   4 years on the trot on the Northern Club Circuit… Each time they won they won a carriage clock and each clock had their name stamped on brass on the back of the clock and each clock had the name of the pair spelled wrong in 4 different ways!!!

2001 After moving again, this time to Northern Ireland, Andy continued to write and perform as a solo artist around the Northern Irish Circuit and in this time he wrote the award-winning song “Northern Rose” Dedicated to his new bride Donna, and the song “When Hearts are Broken” and the heartbreaking song “Daddy’s Girl” dedicated to his daughter to his first marriage who now is very much once again a big part of his life.  In 2011 Andy started talking with other musicians around the world and got together an array of really fine talent including the late Colin Tench (In Sweden), Marco Chiapini in Italy, Stef Flaming (In Belgium), Victor Tassone (In New York) and Andres Guitzalli (In Argentina) Together they formed the international collaboration, Andy John Bradford’s Oceans 5.  They started to write and produce a new album where different styles attempted to blend, Andy being a folk musician and Colin being a Prog musician the rest having their own very unique styles but all working very well to produce an album which grew into “The Return To Mingulay” giving the band a good following around the world and world critical acclaim, placing the album amongst some as one of the most important albums ever written. An achievement that did not make any of the big egos in the band gets even more big-headed at all.

Sadly after the passing of Colin Tench, the rest of the band lost a bit of the heart and nothing else was written, however, they are all still talking together and new members are reputed to have been brought in to make a new supergroup.  All that can be said at this point is “Watch this space”  As a solo artist, Andy is still writing and his new single “The Gold Watch” A view once again on the changing view of the landscape through another person’s eyes, this time through the eyes of a road sweep.  This is one of the songs that are going onto the new album “The Visit” set for release at the end of the year. It’s an album taking another look at old songs that Andy has written over the years, including some of those ones that never even got heard.  He’ll be putting new life back into them and will also be revisiting an old Christmas song which will have a new feel to it and an addition of a choir. Bother Single and future releases are set to be released on Peacock Sunrise Records.  Watch this space.