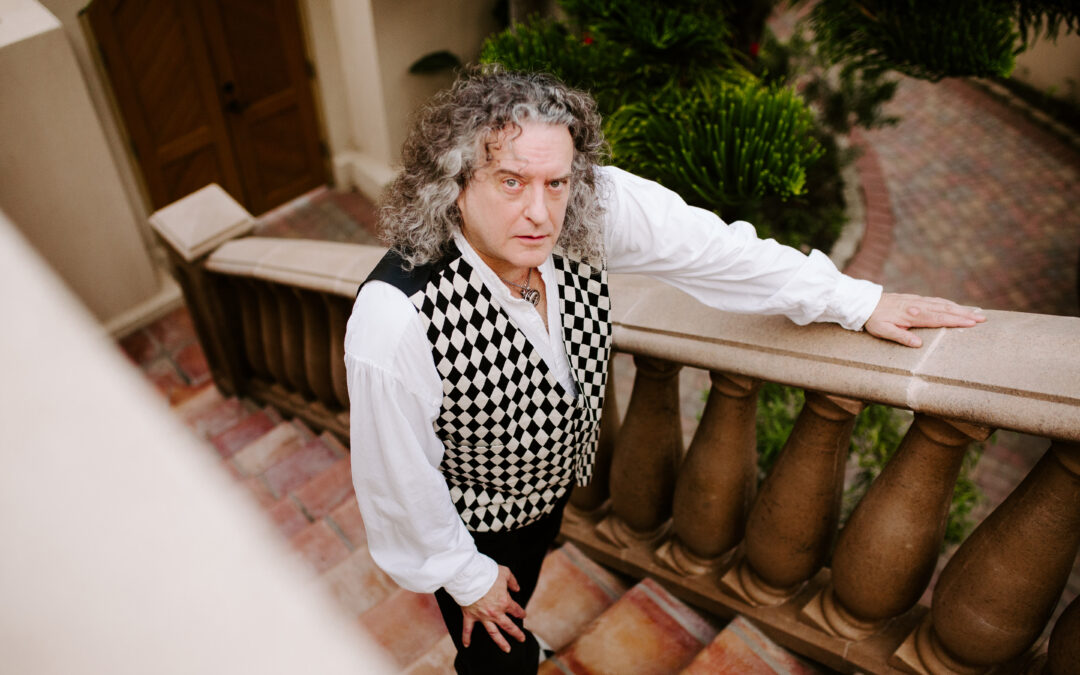 Sun King Rising‘s debut album, Delta Tales was released worldwide a year ago in multiple formates; CD, digital, and vinyl which has been delayed due to the pandemic, but is still on track for release.

“I’ve been wanting to do a solo Americana/southern soul/classic rock type of album for many years,” Blangero said. “I wanted to capture some of that classic rock and soul vibe in my own songs. So, I started writing and recording solo demos of songs like Let There Be Light, Down the Delta Road, Drive Me to Nashville, In A State of Grace, and Love Turns Grey

The recording of Delta Tales was a fascinating task, spanning four months, from January 2020 to mid-May. The Coronavirus shutdown in April forced Blangero and Acker to complete the production remotely with players and singers dubbing their parts over the basic tracks in several different studios across the country.

Said Blangero, “It was a logistical challenge, but Ace did a great job organizing the players and the sessions. I am proud of this record. We captured the magic that I’ve always heard in my head with great background singers, classic horn parts, tight rhythm sections, killer guitar, funky keys, and my own acoustic piano parts. It sounds like it could have been recorded in the early 70s, which is the vibe I was going for.”

In closing, Blangero said, “I tried to capture my southern soul on this album. I hope that the overall message it conveys is one of positivity, especially in these dark times. I think we have put together strong songs that will make people tap their feet and sing along, too! For me, the song is everything.”

Produced by Steven “Ace” Acker, formerly of notable 1970s MCA recording artists. LAW, the album is a collection of nine original songs and a 1969 R&B gem titled, “The Snake.” It was a complex production involving multiple studios and numerous top players and singers scattered throughout the country. While not a concept album, per se, “Delta Tales” is thematically coherent. It is about the southern experience. Its songs are vignettes of love found, love lost, family, faith, historical burden, betrayal, sin, and redemption set in a southern cultural landscape. Yet, they are also universal themes.​

Sun King Rising scores in a big way with this album and admirers of Delta Tales will look forward to a future burning with promise….
– Melody Maker

“This is a stomper and a raver that’s sure to take you back even if you weren’t there in the first place. Hot stuff…”
– Midwest Record Entertainment

Delta Tales…brings such all-encompassing passion and musical vision to bear on the album’s ten cuts that it is a complete listening experience. There are no holes in this release.
– NeuFutur Magazine

It is rare indeed to be captivated by just the first few bars of a record, but I was immediately intrigued to discover something earthy and full of heart and soul….
– House of Prog